GILBERT MUNGER. 35 — THROUGH THE FOREST — 1888. Panel; Height, 14 3/4 inches; width 18 inches. The spectator looks out from the edge of a forest, under the umbrageous arch of two trees which stand at left and right in the foreground, to a great open field where cattle are grazing in brilliant sunshine and a cowherd is watching them. In the distance are more forest lands in the sunshine. Signed at the lower left, Gilbert Munger. Property of a Private Collector. Sold for $60.

Another possibility is that one or both are nearly identical copies of the Christie's painting, as Munger did in several other cases. Image from email provided by Christie's. 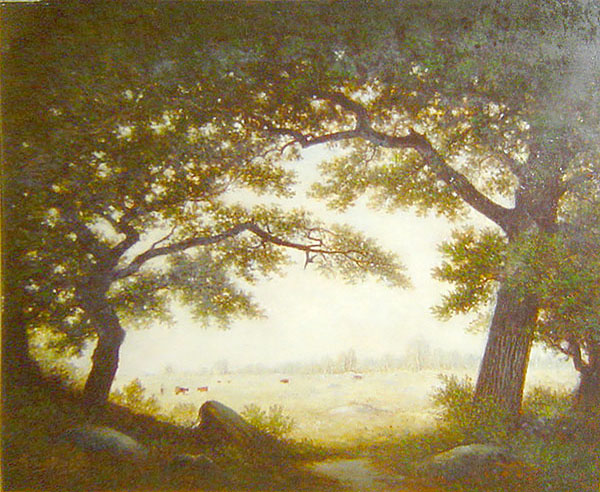