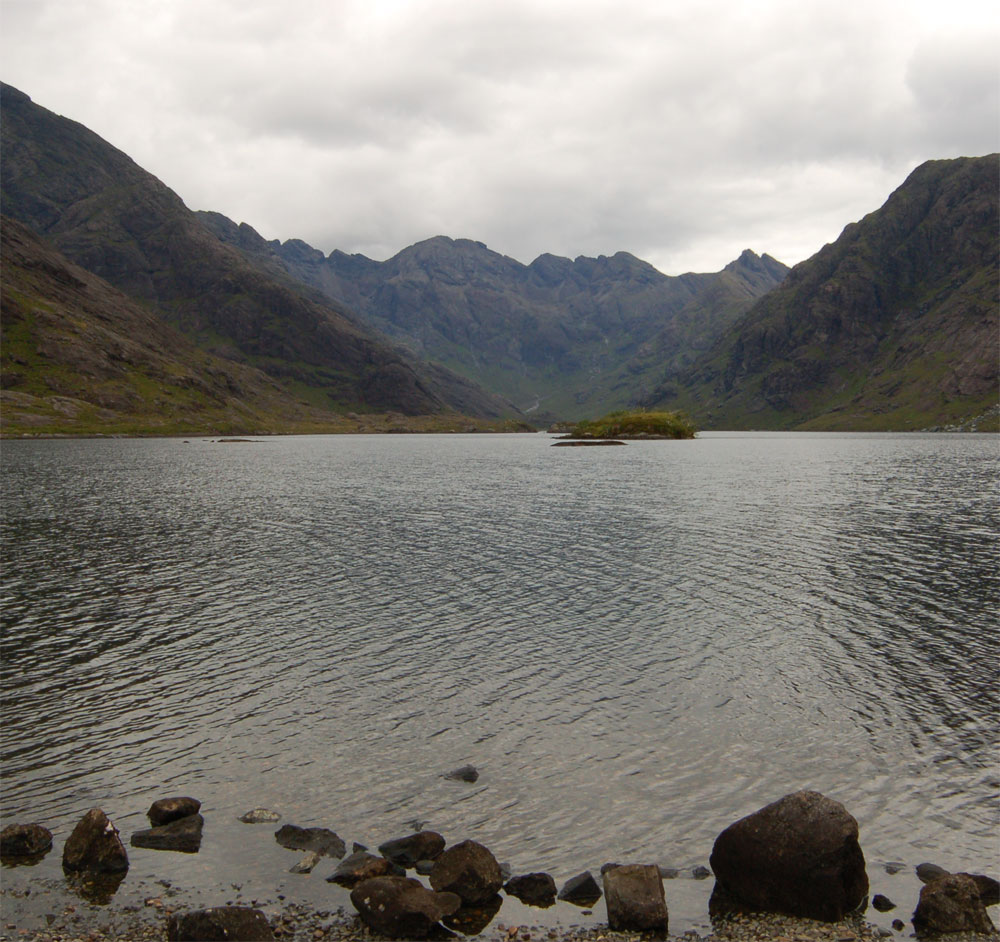 The Document Archive tells us the Munger painted in Scotland in 1879. Two Scottish lochs are specifically mentioned as Munger submissions to the 1879 Royal Academy Exhibition: Loch Corusik on the Isles of Skye and Loch Maree in the northwest highlands. I contacted Stuart Mackinnon at http://www.mistyisleboattrips.co.uk who runs boat tours to Loch Coruisk. He confirmed that the painting depicts Loch Coruisk and sent along the photo above to prove it. Image from online auction catalog. 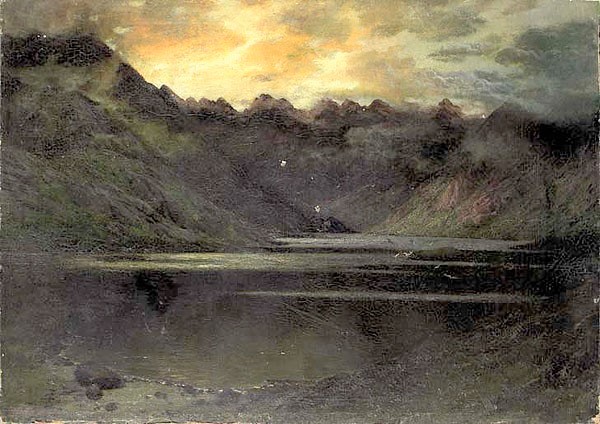