#324. The Old House.   12 x 8, oil on board. "Gilbert Munger 1871" lower right. There are three almost identical versions of this painting; see #224 and #255 for the other two. Because this one is dated 1871 we can be certain it was painted in the US before Munger moved to Europe. It depicts a log building containing a water mill. It is unknown where in the US the mill is located. But perhaps the article in the San Francisco Examiner on 21 March 1870 that lists a painting The Old Mill (Maryland) by either Munger or John Ross Key is a good hint.

This version has been in the family of a woman in Kimberley British Columbia for at least 80 years. It was probably originally bought in the Minnesota area. Image from the current owner. 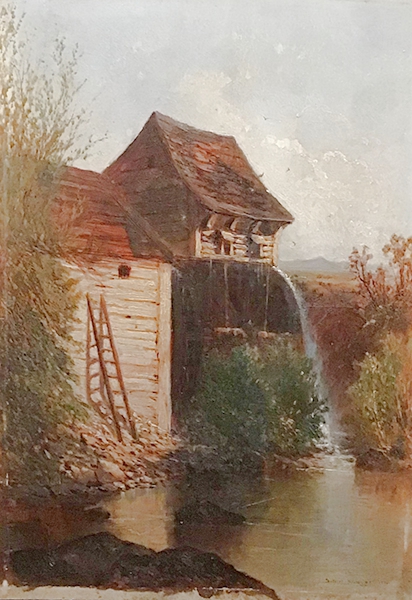