84 x 68, oil on canvas. "Gilbert Munger, 1868" lower right. This painting has been on display at William Chapman Ralston's house in Belmont CA, now known as Ralston Hall at the Notre Dame de Namur University, since having been acquired by the financier from the artist in 1871. Between 1868 and 1871 it received quite a bit of press coverage. Check the Archive page for examples. In 1868 a stereoview of the painting was published. The painting was removed from the wall for the first time in January 2003 to receive a light cleaning. The frame has a plaque at the bottom center inscribed "Minnehaha - Gilbert Munger." Paintings #18 and #191 are small versions of the same scene. IAP 71060170. QFD Pl.7. Tweed 2003 Exhibition n.5. Image from author's transparency. 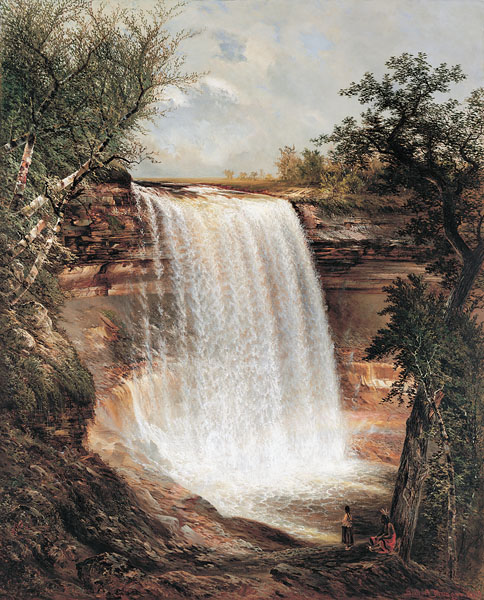