6 x 8.5, chromolithograph. Title on plate. This chromolithograph is Plate XV in Clarence King's Systematic Geology, published in 1878 as part of the record of the United States Geological Exploration of the 40th Parallel, 1867-1872. The plate is one of ten based on sketches by Munger, who was a guest artist of the survey. See this site page for more complete information.

A Munger painting of Lake Marian is mentioned in an 1870 diary entry of S. F. Emmons. King discovered the lake in 1868 and named it after his sister Marian. The lake is now called Overland Lake and is located in the Ruby Mountains 50 miles SE of Elko, NV. 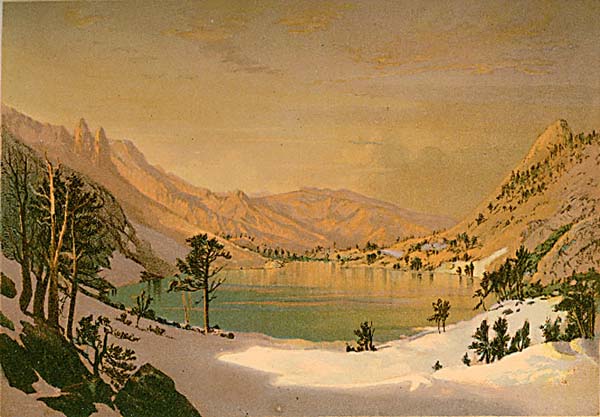