20 x 27, oil on cardboard. "Gilbert Munger" lower right. Kennedy Galleries, New York City, label on the back. The painting depicts the view looking west at the ruined mission in Carmel CA with the Pacific Ocean beyond. A newpaper article from the San Francisco Bulletin on 22 March 1973 describes Munger sketches of this scene. Sold at Christie's London King Street auction of 13 February 1970, lot 54, for $754 to the London dealer Frank T. Sabin. The catalog description states:

This and the following six lots were given to Lt. Col. McMurdo, of Charles St., London, W.1, by the artist in settlement of a debt. They were then given to the present owner's father who was Lt. Col. McMurdo's company secretary. 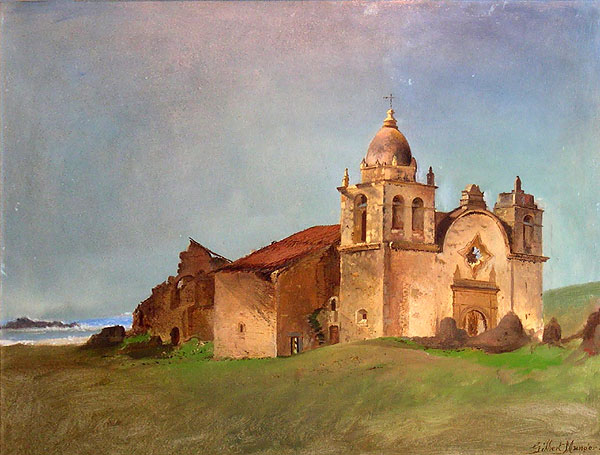